Birch Freeman High School, a Methodist secondary school for boys, resumed in full session for the first time on the premises of the Methodist Primary School, Obele-Lawanson.

In 1958, the Federal Ministry of Education disclosed its intention to build a secondary school for boys on a vast expanse of land behind the Lagos University Teaching Hospital, Idi-Araba. The land, an isolated and marshy area, was over 8 acres in land mass.

The Methodist Mission gladly took up the challenge and named the new school Birch Freeman High School, Surulere. The school was inaugurated on 6th February 1960 but lectures commenced with the first set of 55 boys in 1961, under Chief D.S.O Soremekun (the First acting Principal). At that time, the Federal Ministry of Education had started to erect building on the site with a view to opening the school in January 1961. 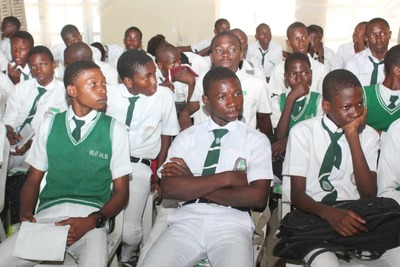 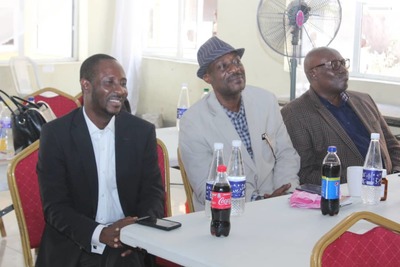 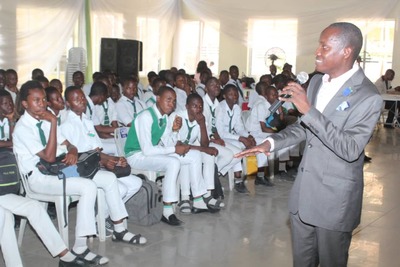 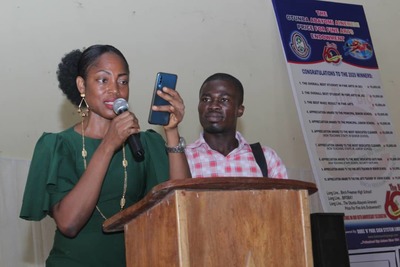 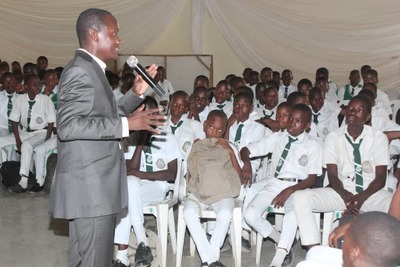 The synod education committee of January 1960 had received the report with pleasure and appointed Mr. M.J. Etuk B.Sc (Vice Principal of the Methodist Boys High School, Lagos) as the Principal-designate. Soon after, Mr. Etuk left for the United States of America for further studies. Before his departure, Mr. Etuk and the education Secretary mutually agreed that a working committee be set up and that the permission of the ministry of Education be sought for Chief D.S.O Soremekun to act as principal in Mr. Etuk’s absence.

The first Principal left the school in 1968 to become Nigeria High Commissioner to Uganda.
The history of the school cannot be complete without mentioning names of those who made selfless contributions. They worked wholeheartedly for the existence and greatness of the school.

Late Rev. H. Shodipo: the first President of Lagos Diocese and the prominent member of the Methodist Governing Board. His untiring effort and that of his supportive team gave birth to the establishment of Birch Freeman High School.

Late Mr. Aja Nwachukwu MP: Federal Minister of Education who unveiled the plaque to open the new school in April 1962.

Late Chief D.S.O Soremekun: the first acting Principal and later the school Bursar. A born teacher, an encouraging leader, caretaker and father of the school. He devoted so much of his energy, life time and substance to the success story of the school.

Late Mr. M.J. Etuk: the first Principal of the school. A great disciplinarian, an intellectual workaholic, devoted teacher and an embodiment of knowledge.

Late Pa Ogunyomi (Baba Latin): a teacher, disciplinarian, builder and a motivator. He never believed in impossibilities. He was responsible for the construction of the first motorable road into the school from the Surulere-end.

A Brief Hand-written History of BFHS 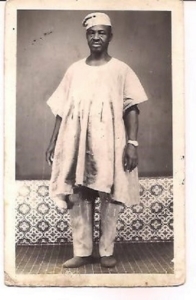 Thomas Birch Freeman: The Man the School Name is Named After

Thomas Birch Freeman (December 6, 1809 – August 12, 1890) was a missionary of Anglo- African descent who established the Methodist Church on a firm footing in the Gold Coast and extended its work to Lagos and Badagry, in Nigeria.

He was born in 1809 in Twyford, near Winchester, Hampshire, England. His father was an African freeman called Thomas, and his mother was Amy Birch, an Englishwoman who had had three children by her first husband, John Birch. His father died when he was six and he lived with his mother in Twyford.

He was introduced to Methodism as a boy by a shoemaker on whom he and his playmates used to play tricks. Like his father, he first worked as a gardener, and was a keen student of Botany. He became Botanist and head Gardener to Sir Robert Harland at Orwell Park, near Ipswich in Suffolk. He had a good knowledge of Latin botanical names and read avidly.

Years later when he was in West Africa, he corresponded with Sir William Hooker (1785 – 1865), the first Director of Kew Gardens near London, the world’s leading botanical institution, on West African flowers and trees. Freeman also collected information on tropical fauna for Kew Gardens.

His enthusiasm for Methodism displeased his employer, Sir Robert Harland, who told him to choose between his job and the new religion. The Methodist Mission Society in England had just made an appeal for missionaries in Africa, and Thomas felt he had been called by God to go there. He left his job and after he had preached a good sermon at a Methodist conference in Leeds, England in October 1837, was appointed as minister, on a trial basis, at Cape Coast. He had been ordained in Islington Chapel, London on October 10, 1837. A few days later he married Elizabeth Boot, Sir Robert and Lady Harland’s housekeeper, and sailed with her for Cape Coast on November 5, arriving on January 3, 1838.

But Thomas fell ill and had to be nursed by his wife, who then died suddenly.

Thomas recovered from his illness and from the blow of his wife’s death and started work. Freeman was the first Methodist Missionary to arrive at Badagry in Nigeria on September 24, 1842, accompanied by William de Graft and his wife. They were permitted to establish a mission there and had completed a mission house and a chapel there by the end of November and William de Graft was put in charge.

Freeman and de Grafts left for Abeokuta at the written invitation of the Alake (ruler), Shodeke. They were well received and preached in the palace courtyard. Freeman presented a Bible to the Alake.

Before retiring, Freeman supervised the building of several churches, held religious revival camp meetings and wrote a couple of books one of which is ‘Missionary Enterprise No Fiction’. Among other things he had to face opposition from a Muslim sect which came to the Fante area from Lagos, but neutralized its influence by opening a school in the area. He opened a new chapel at Mankesim, and baptized several converts with his son, Thomas Birch Freeman Jr. who had also been ordained a Methodist minister.

After being the principal preacher at the jubilee of the Gold Coast Methodist Mission, held in 1885, he retired, living in a small house near Accra until his 81 years. His final days were spent in the Methodist Mission House in Accra, when he died on August 12, 1890.

The Pioneer Missionary to West Africa

His Holy spirit-filled life contributed to the high level of Spirituality among the boys.

A man of high initiative and fine discipline. During his tenure as Principal, the school made its caps, ties and blazers in Britain. Mr. Ademola Olaleye: the third Principal and an Art master.

A born teacher, articulate and the first head tutor whose immense contributions brought the school to limelight at so short a time. Our Principals – Since Inception Let me know if you got an interesting project and want to work together!