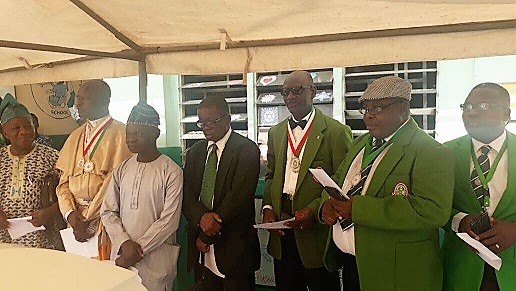 The late Mr. Padonu was of the 1966 set and a member of Soremekun House. He was the 3rd BIFOBA (National) President who took over the mantle of leadership from the late Prince Olu Orefajo. He was admitted to the Prestigious BIFOBA Guild of Awardees in April 2017 at the National Homecoming Ball held in Lagos, Nigeria.

Past Presidents, Senior Old Boys and Members of the National Executive Committee at the Funeral Service

Mr. Padonu died at age 71. He is the first recipient of the celebrated BIFOBA Funeral Tradition ceremony, where his wife was presented BIFOBA flag and his Guild of Awardees medal.

Want to join the discussion?
Feel free to contribute!